What I’ve Learned Going On Vacation With The Kids While planning this trip I was ecstatic! I could just see the joy in my kids eyes when they I would finally tell them where we are going. I was so excited, I decided to surprise them and keep the Mexico detail out of the equation. They knew we were going on a family vacation… but the actual destination was top secret. I remember my first time in Mexico, I thought I was boujee. It was my first destination out of the country. It was beautiful. They pampered me. It was awesome guys! My kids would for sure feel what I felt when it was my first time.

Boy did I learned a thing or two! Let me give you some mom truth of I learned during this vacation.

Going to “Mexico” Wasn’t Such a Huge Deal to Them

I could have basically said we are having McDonald’s for dinner. They weren’t over the hill crazy that it was actually Mexico. They just wanted to get out of the cold and snowy weather and play at the pool. The destination didn’t really mattered to them as much as I thought it was going to.

They Only Know What They Know

My parent provide me with what they could. Just like we all do. We went on family trips, but an all inclusive wasn’t one of them. Those were fancy vacations. I didn’t go to one until I was able to afford to go to one. But that’s okay. You only know what you what you know, specially when you’re a kid. To my kids this is probably a norm. Or they simply don’t know any better.

“They Are Going to Bond with Each Other”

Okay I know what you’re thinking, “ah Mel, what hallmark world do you live in?” Apparently it was the one where my kids were going to take it all in. Somehow I created 30 years old version of my kids. My kids were the same jerks they are to each other there as they are here. Mexico wasn’t going to have their brain do some magic with their frontal lobe. They fought. They annoyed each other. It’s what they do. That’s their way of communicating. Or at least that’s what I tell myself.

What Mattered the Most

We all have crazy schedules. Some days it doesn’t feel like we’re all in the same page. Sometimes we don’t get to sit down (all 5 of us) and eat dinner together. And even though it didn’t go as planned, we were still together. And that my friends is what matters. I’m sure this family vacation isn’t one they’ll forget. They won’t remember how prefect it was or how much effort I was putting to make it prefect. What they will remember is their own version of fun. Who cares that they ordered Mac and cheese instead of trying tamales or that they fought about who gets which side of the bed. They still bonded. We bonded when we were playing in the pool seeing who can swim the fastest. We bonded as we laughed about dad making friends with every adult he met. We bonded when we saw flamingos and asked our tutor guy to stop so we can take pictures with them. We bonded when we went swimming with the dolphins. We bonded when we called an early night, went to the room, ordered desert and watched cartoons in Spanish.

I Almost Forgot “I am on Vacation”

For a quick moment I had all these illusions break down. Because they simply were realistic. But I needed them broken down, because I was trying to make everything prefect. And I was going stressing, because it wasn’t going as I had planned. It just doesn’t work that way. My kids are as prefect as I am… and if I start with the details of how not prefect I am, I’ll be here for a while. Going on vacation with the kids isn’t going to pitch perfect. So sit down with your cute bathing suit, let the kids play or annoy each other and let those bartenders keep bringing you yummy umbrella drinks;)

Have you gone to a family trip lately? Was it what you had visioned?

Originally I was going to do a Mexico trip review. And as I typed I remembered all the craziness that happened. I also remember how silly I was having this perfect instagram family vacation. What better post than sharing my flaws about vacating with the kids specially with summer around the corner. So if you’re a mama planning a trip or just came from one, don’t stress over the ideal trip! Kids are meant to be kids. Don’t beat yourself over that prefect vacation, because you might be focused on the wrong stuff and not making those memories you truly want! On that note… time to start planning an “adults only” vacation!!

What I’ve Learned as a Young Mom + WW Linkup

Well said! We are leaving for Spain and France in 10 days and while my youngests are excited my 12 year old told me he wished we didn’t go anywhere for a change. I told him he should realize how priveledged he was to be able to do this with his family, lol! I do need to remember that everything will not go as planned and that there will be the usual tantrums and fights. Thankfully, usually the boys do better on vacations than at home.
http://www.chezmireillefashiontravelmom.com

I always find it surprising that the oldest usually would prefer to stay home… can’t understand! But I am sure once they grow up they’ll realize what I cool childhood they had that they were able to experience seeing the world. Yes, plan for tantrums and fights but also for yummy drinks to have while it all happens 😉

This site uses Akismet to reduce spam. Learn how your comment data is processed. I'm a mommy fashionista who loves to keep up with the latest trend and create realistic ways to wear them. No more Yoga Pants! 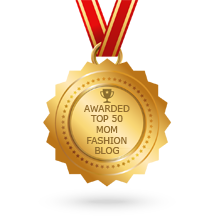